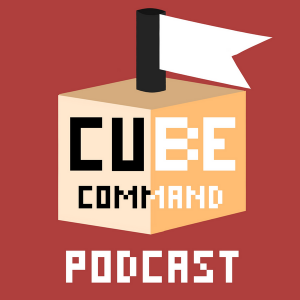 There has been plenty to talk about this week. In today’s podcast we cover Microsoft’s subscription shenanigans, Blizzard dismantling one of their studios, and the unexpected rollercoaster that is the GameStop stock market situation. Get your popcorn and sit back, this episode is a busy one!

Find our show on the Savoia Media Network, Rick and Tommy Savoia’s podcast network featuring all of the shows they produced across 15 years.

Blubrry is one of the top media hosting sites out there. It provides affordable packages and detailed statistics that are crucial to any beginning or veteran podcaster. So use our promo code “cubecommand” to get your first month of podcast hosting or statistics FREE!

If you have any comments or questions about the show e-mail us: tommy@cubecommand.com.

Before Black Friday hits on Friday, November 25, Gamestop has announced that they will have some tempting Pre-Black Friday deals that will be available on November 22-23. Which means that they start today.

All iterations of Call of Duty: Infinite Warfare (which also includes a free VR game on PS4) are off $20, which means the base game is now $40 temporarily. The Legacy Edition and the Legacy Pro Edition are now $60 and $100, respectively.
The purchase of a new PS4 (be it a Pro or Slim) will get you a free copy of Destiny: The Collection. Also, you can pick up Overwatch: Origins Edition for $35.

During the event, anyone can enjoy 50% extra credit when trading in items. Gamestop also included that anyone is eligible for “Free Value Shipping” on orders over $35. One would assume that this would be for online orders.

These, among others, are the Pre-Black Friday deals which start today. Make sure you catch them while they’re out. Gamestop’s actual Black Friday deals start November 25 and include many of these deals above, including Overwatch for $35 and the Xbox One S for $250 (you can also nab a PS4 for the same price). On Friday, Gamstop will also be offering a Buy Two Get One Free for all pre-ownded products. On the subject of trade credit, you will still get extra, but only 20% more instead of 50%.

For more about Gamestop, they recently announced earlier in the year that they will accept retro trade-ins and will sell them online. Be sure to visit Cube Command for more gaming news!

Everyone loves the classics

Gamestop, a gaming retail company, will now accept your retro gaming hardware and games. “Retro gaming” includes the NES, SEGA Genesis, Gamecube, among others. Gamestop has a complete list of the systems on their website. What is also interesting is that they have a number of different retro games and consoles for sale on their website as well. After previously dropping the retro business, it seems that the company is jumping back in, which isn’t a bad thing by any means.

This will be apparent in all of Gamestop’s locations. So far, it only looks to be available in their online store, but chances are they might move some of the stock into the retail stores themselves eventually. Perhaps if they receive enough trade-ins to warrant that.

Will you be taking advantage of this new direction for Gamestop?